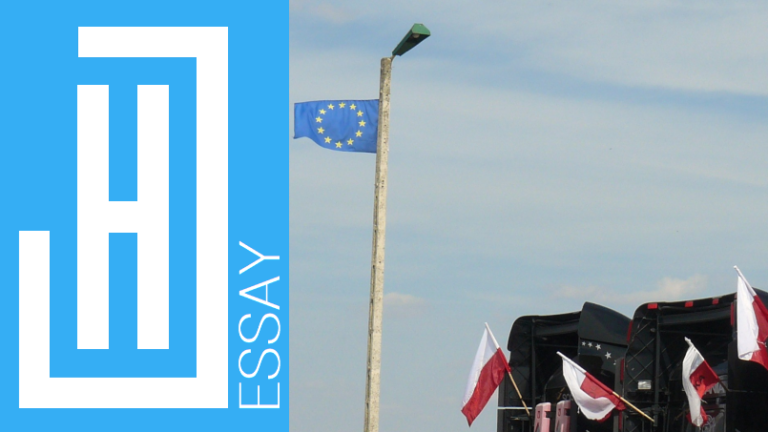 Even though in some countries, like the United States, the trends towards right-wing illiberalism seem to be weakening, other regions, most notably Central-Eastern Europe, experience considerable solidification of the illiberal rule. In Poland, the conservative, right-wing Law and Justice party continues to exercise its strong electoral mandate which commonly serves as the justification to violate the democratic checks and balances. At the same time, Viktor Orbán, who forwarded the concept of “illiberal democracy”, has been in power for ten consecutive years as Hungary’s prime minister. However, this political phenomenon does not limit itself to Poland and Hungary, since the most recent concerns about the state of democracy emerged in the context of other countries, such as Slovenia.

Given the persistence, longevity, and global character of the illiberal surge, the questions of how and why it arises turns into a subject of expanding historical inquiry. Nowadays, it has become one of vivid tendencies within the field of history to allocate the grassroots of right-wing radicalism to the undesired consequences of neoliberal policies, which for nearly fifty years have dominated political and economic discourses. Alongside other factors, the rising inequalities, the deteriorating condition of public services and the gradual relegation of state’s role in politics and economy provoked the drastic reaction on a political level. It is precisely the so-called politics of no alternative, which posited the inevitability of globalization and the superiority of market, that the illiberal tendencies seek to partially reshape.

In geographical terms, it seems on the surface that countries in both Western and Central-Eastern Europe underwent a similar process of introducing new forms of radicalism into mainstream politics. However, there are also substantial differences, especially if we take a closer look at the case of Poland.

In 2019, the ruling Law and Justice secured its second victory in parliamentary elections. Although  still debatable whether the party can be considered as a fully-fledged populist movement, it is undoubtedly justified to assert that Law and Justice possesses the illiberal ideological core. The party combines various stains of conservatism and popular nationalism with its disregard for “the elites” and liberal institutions. However, the discussion about the ideological nature paves the way for a broader consideration touching upon the reasons the illiberal backlash occurred precisely in Poland – the country which for so long was perceived as the benchmark and the most prominent representative of the post-1989 success. Here, at least two arguably different narratives can be identified.

The first narrative ascribes the rise of the illiberal tendencies in Poland to the persisting effect of the neoliberal transformation after the fall of the Communist regime in 1989. As Philipp Ther notes, it was precisely the thirty years of the “economic austerity” or the so-called “shock therapy”, which entailed the process of rapid marketization, that encouraged the blossoming of right-wing populism:

These political reactions [the victory of the Law and Justice party in the elections of 2015] are probably the most dangerous legacy of the neoliberal transformation and might cause further damage to the already weakened European Union.

At the same time, the second interpretation stresses that Poland managed to avoid the economic hardships which were prevalent in other European countries during the last decade and highlights that the great unease concerning the political system was facilitated by the nexus of cultural determinants. “In fact, cultural and ethnic diversity, rather than wealth, is the primary difference between eastern and western Europe today’’ as Ivan Krastev rightly indicates.

I would like to closely align with the second interpretative tradition by explaining the reasons for which the cultural factors are indispensable in analysing the Polish path towards illiberalism.

Shortcomings of the Neoliberal Interpretation

There are several difficulties in solely ascribing the Polish rise of right-wing illiberalism to neoliberal policies. First, we immediately encounter an issue of chronology and duration. If the political unease was the direct result of the economic transformation, then it took a rather long time to reveal itself. Arguably, the most “aggressive” and socially painful results of the “shock therapy” occurred in the early 1990s. Why did Poland not suffer from such a backlash back then? If we take a closer look at the economic indicators such as increasing unemployment, poverty levels and social inequality from the 1990s, it was that particular moment in time, which should have carried a higher potential of an illiberal revolt. Nonetheless, throughout the last decade of the twentieth century, Poland was governed by a variety of left or right-wing coalitions but all of them emerged out of the political mainstream. The populist, peasant movement of “Samoobrona” [The Self-defence] is one notable exemption, but the party never went beyond 10% in the electoral support.

Second, the economic crisis from 2008-2009 should be considered as yet another profound point of reference. In several European countries, especially in the South, significant parts of societies experienced a vivid decline in their standards of living and social security. Nonetheless, instead of a sharp recession, Poland went through a period of slower economic growth and increased unemployment. But the negative impact of the financial crisis became significantly mitigated by the provision of the EU structural funds and the public investments.

Third, even though the Law and Justice party continues to run on “anti-neoliberal” and “conservative welfare state” slogans, its electorate is not necessarily composed of people who are economically deprived. In fact, as Polish sociologist Maciej Gdula’s analysis of the electoral success of the party from a perspective of a provincial Polish town reveals, it would be quite stereotypical and inaccurate to perceive them as a uniform group harmed by the transformation. On closer inspection, it turns out that the ruling party’s base does not consist solely of the economically deprived members of the society, but also of many who are satisfied with their lives and participated in country’s economic prosperity. Instead of considering the economic austerity as the main driving force behind the support of right-wing illiberalism, Gdula pays special attention to the previously unrecognized material and political aspirations of various actors as well as the new devices of societal mobilisation (access to the Internet and social media).

Essentially, what the socioeconomic explanation misses is the profound change of meaning attributed to “the West”. By the same token, the reasons for the rise of right-wing illiberalism lie in the evolution of the initial enthusiasm of joining “the West” after 1989 towards the greater cultural anxiety about the survival of the national character in confrontation with the prevailing model of permissive society. How can an ethnically homogeneous nation with a strong sense of national identity and a considerable attachment towards the Catholic faith find its way in the increasingly multicultural, permissive, and globalized world? Even though this overarching discussion involved multiple voices, suddenly the most proliferated ones were at the same time the most radical. The resistance against the permissive society revealed itself primarily in weaponizing such terms as “gender ideology” and “neo-Marxism” by the right-wing political actors.

These concepts extensively served to sketch a sharp distinction between the “relativist” and “materialist” West and the Polish society which cultivates its traditions and values. Although one needs to be careful while making swift historical comparisons, the intensity of the strive over the Polish cultural identity loosely reminds us of the discussions and activism that Western Europe experienced during the cultural and sexual revolutions of the 1960s. However, there is one substantial difference. Currently, it is conservatism and nationalism that took up the role of being the revolutionary force.

The critique of “the relaxed social norms” in Western Europe touching upon such spheres as liberalization of the abortion laws, equal rights for the LGBTQ-community or the progressing laicization, coincided with the wider developments such as the refugee crisis of 2015. This event profoundly aggregated the Polish phantom fears concerning the loss of societal and national cohesion. It was one of those relatively novel moments when the strategic and structural difficulties of Europe also became the Polish difficulties. And, in a sense, that went against the Polish expectations and the promises of “The End of History”. In Polish there is the saying Moja chata z kraja (My home is off the beaten track). Paradoxically, it neatly encapsulates the main advantage that may come from being peripheral and isolated from the dynamically changing world – the illusion of security. This sense of peculiarly understood safety coming from non-involvement was severely undermined as Europe was going through a series of political dilemmas.

To conclude, the exclusive focus on the economic structures and neoliberal practices does not provide us with an exhaustive insight into the nature of the Polish backlash against liberal democracy. It is equally important to investigate culturally defined meanings that become ascribed to overarching developments in the national and international arena. Undoubtedly, the commonly evoked phrase of “catching up with the West” by the Polish liberals, lost its initial appeal and developed into a heavily criticized and contested concept.

This example illustrates the usual tension between grand historical narratives and a specific case study. Nevertheless, we should still strife to make our general understanding as nuanced as it is analytically possible. It is my firm belief that by incorporating the cultural factors into history of illiberalism that one can achieve historical research that is more accurate and sound.

Adam Dargiewicz studies History at Utrecht University. His special interest into history of ideas, political doctrines and history of historiography is used extensively to bridge the gap between the Western and Eastern European perspectives on the history of the nineteenth and twentieth centuries. 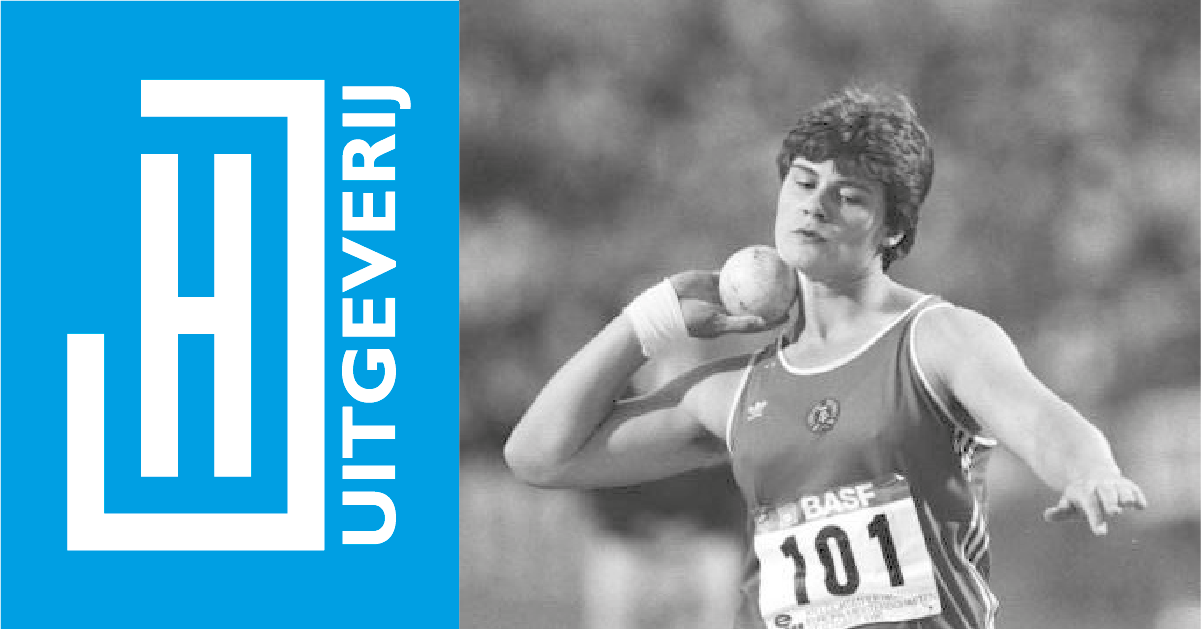 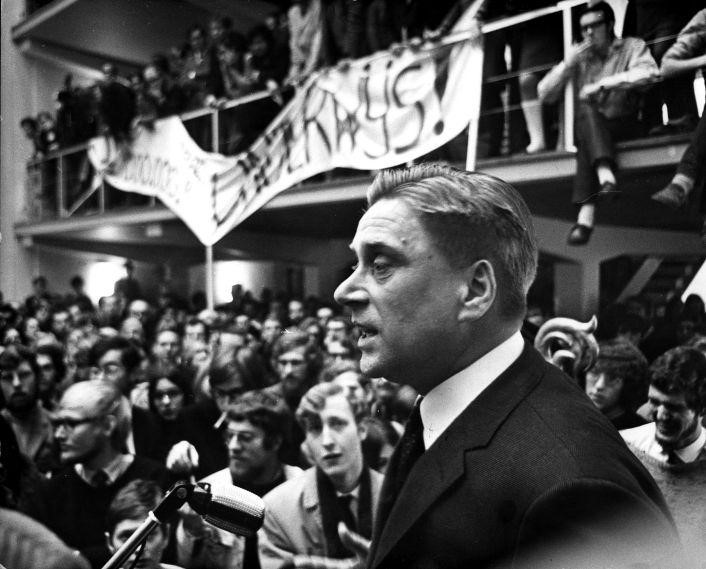