To many it may seem that the Amendment to the Act on the Institute of National Remembrance – Commission for the Prosecution of Crimes against the Polish People, which was signed into law by president Andrzej Duda on 6 February 2018, sprung out of the totalitarian tendencies of the ruling Prawo I Sprawiedliwość (PIS) party in order to choke freedom of speech and control discussions about the glorious past of the Polish nation. To many, however, the amendment – which aims to eliminate public misattribution to the Polish responsibility or co-responsibility for crimes committed during World War II –  didn’t come as a surprise. It was a long-expected move, which has its roots in a very peculiar amalgamate of national anxieties, pride, self-perception and, perhaps foremost failed landing of the postmodern historiography on the very hard Polish soil. In this short comment, I would like to focus on the latter dimension of the very complex history of the PIS’s yoke on the historical consciousness, leaving aside the political spectrum of the issue which has already been sufficiently dealt with in the media.

Despite all the suspicions addressed by the international community towards the amendment, Professor Barbara Engelking from The Polish Center for Holocaust Research diagnoses that it is very plausible that the architects of the legislation sincerely believed that their action will serve the purpose of denouncing further use of the historical misnomer “Polish Death Camps” – whose detection in foreign media many polish diplomats have taken as their special mission. However, when applied globally, she remarks, such an operation on the policy on history  requires rather a scalpel than an axe. And indeed, the content of the infamous Article 55a sounds like an all-purpose axe:

[Anyone] who, in public and against the facts, ascribes to the Polish Nation or to the Polish State, responsibility or co-responsibility for Nazi crimes committed by the Third Reich, [as] defined in Article 6 of the Charter of the International Military Tribunal, Annex to the Agreement for the prosecution and punishment of the major war criminals of the European Axis, signed in London on August 8, 1945 […], or for other offences which are crimes against peace [or] humanity or [that are] war crimes, or who otherwise grossly reduces the responsibility of the actual perpetrators of said crimes, is subject to a fine or [to] imprisonment for up to 3 years. The judgment shall be made public.

It doesn’t take much expertise in the field of the history of historiography to smell from the very first sentence of Article 55 a very rigid version of Ranke-ian historicism on a very elevated level. It seems that the whole story is not about the very phrase “Polish Death Camps”, it reaches further, as far as to the debate on what “scientific” history is. It is about the nature and scale of generalizations which a nation, or in this particular case a government, can accept from its in- and outside. The liberal sentiments (which) inspired moral desires and eventually, political action to redress the past, which were recognized by Elazar Barkan as a growing trend since the 1990’s, are now being replaced by a culture of fear which tries to resurrect the spirit of history understood as an empirical science. In fact, the amendment establishes a new Ministry of Facts in form of the Institute of National Remembrance (IPN).

In order to have a better view of this government-affiliated Institute, founded already in 1998 with the ambition of researching Nazi and Communist crimes committed against the Polish nation between 1939 and 1989, I propose to take a brief look at one of the key debates in which it was involved: The Jedwabne pogrom debate. This debate on the complicity of the Polish nation in the Holocaust was internationally inaugurated in 2001 when  Jan Tomasz Gross published his book Neighbors: The Destruction of the Jewish Community in Jedwabne Poland. Besides polarizing public opinion in Poland and abroad, the book  also polarized historians. For the first time since 1989 Polish historians had to seriously question the very foundations of their craft. Polish-born Princeton history Professor was widely criticized for numerous factual fallacies, cavalier treatment of sources, lack of proper historical contextualization of historical events and foremost “affirmative” treatment of the Holocaust survivors testimonies.

Jan Marek Chodakiewicz – a Polish-American history professor at The Institute of World Politics and one of the historians who at the time consulted IPN – condemned Gross’s historical analysis as postmodern, implying that they were useless, or even harmful to critical evaluation of historical sources. The institute undertook a very careful examination of the Jedwabne case proving many of Gross’s findings wrong. However, it did not falsify the main thesis of the book – that anti-Semitism, socially practiced before the war, in the favorable circumstances of the wartime degeneration – turned neighbors into executioners. The tragedy of the faith of the Gross’s account lies mainly in the fact that the book itself being written as a piece of historical anthropology with its strong emphasis on thick description, was evaluated according to the standards applied to judicial evidence. Now IPN want these standards to become a norm for public debates about national past.

The main threat of the pending legislation lies in its very normative attitude towards historical craft.  Under the guise of scientific and historical objectivity, the law aims to erase important debates from the public discourse. One key example of such a debate is the one provoked by Gross’s book, which, notwithstanding its factual inaccuracies, revealed a very sad picture of a society which – besides its heroes, resistance and ultimate victimhood – at many points didn’t pass the moral test of the times and whose humanity surrendered to prejudices, greed and ethnic hatred.

Jacek Pawlowski is currently following the research master Modern History and International Relations at the University of Groningen. He was born in Poland. 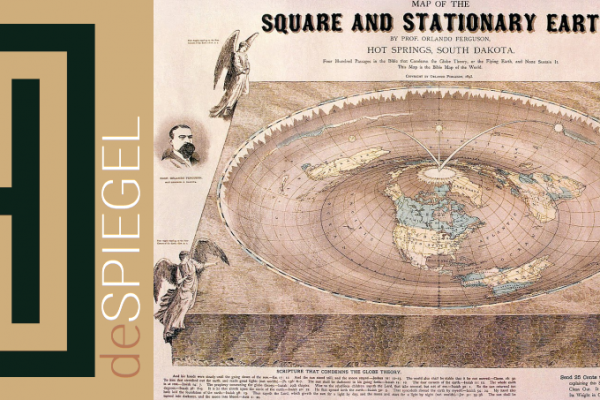