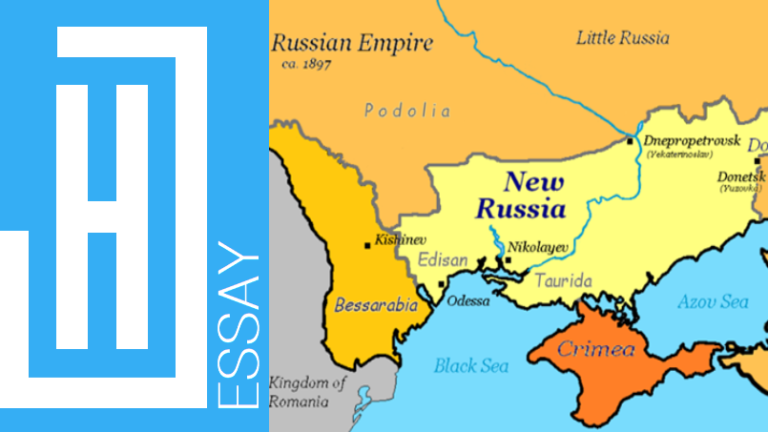 In the reality of the Russian military invasion one question became frequently repeated by media, analysts, and politicians. What does Russia want? The attempt to address this question ranged from the application of game theory, geopolitics, to structural changes within the international state system. However, what is sometimes missing in the descriptions of the current tension is that international affairs do not solely limit themselves to the relentless acquisition of power and resources through a “zero-sum game”. We should definitely strive to make sense out of the rapidly evolving reality. However, in some instances, the language and presumptions that analysts of international relations employ ignore historical memory as a political factor. Structural conditions matter, but one also needs to account for the fact that behind certain policy decisions there are deeply internalized stories and emotions. And this is the place where history, as a discipline, should step in.

Many expert voices portray Russia’s attempts to destabilise its western neighbour as an element of the inevitable struggle for global power with the United States. These assertions are commonly informed by the so-called neorealist school of international relations. One of the basic premises of neorealism entails a constant and inevitable struggle for hegemony. This thought is neatly encapsulated by John Mearsheimer who argued that: “Great powers recognize that the best way to ensure their security is to achieve hegemony now, thus eliminating any possibility of a challenge by another great power.” [1] By implication, states are considered to be “rational” and “pragmatic” actors who carefully assess their strategy before they take an action. Accordingly, they strive to maximise the effectiveness of foreign policies by a constant balancing of opportunities and challenges. Neorealism displays a universalising claim that all conflicts are alike because they follow the same logic of power and territory acquisition. For instance, Elias Götz asserted that “there is little unique or case-specific about Russia’s aggressive actions towards Ukraine in recent years of external pressure.”[2]

Somehow it has been accepted that decision-makers across the world subscribe to the neorealist definition of power. It is very tempting to embrace this perspective of international relations as it seems at first sight to be guided by objective analytical premises. In fact, neorealism is quite far from achieving this claim. For instance, it has been pointed out that neorealist approach is unsatisfactory when it comes to explaining the reasons for changes and intensification of tensions in particular contexts. Structural forms often ignore historical transformations, and a concern for ‘genealogies’ exploring historical discontinuities and ruptures in international relations.[3] By referring to the language of global “power politics” and “strategic flows”, we are losing sight of the specificity of the conflict and the independent rationale that it carries.

In addition, it is rather questionable to assume that the notions of power, which are employed by some authors are, simultaneously, the main drivers behind policy decisions of states. Arguably, the language of the Western academia and media can be disentangled with the aspirations and perceptions of elites and societies in Eastern Europe. In fact, as Aliaksei Kazharski has convincingly demonstrated in his article, the Kremlin does not necessarily embrace “the Western logic” in securing its international interests.[4]

Finally, behind claiming to be a scientific method of describing reality neorealism can sometimes legitimate the existing, unequal status quo of strategic relations among states. By accepting the premise of “endless competition for power” and “anarchic state of the international system” this line of reasoning portrays the behaviour of the Russian state as at least partially justified – “they feel threatened, so they act aggressively”. In this way, the neorealist view prioritizes the view and interests of the main political powers, like Russia and the United States, and deprives smaller states and societies, such as Ukraine, which are often positioned at the centre of the international dispute, of agency and the ability to make sovereign decisions.

Novorossiya: Power of a Geographical Metaphor

It has been commonly asserted by neorealists that states strive to acquire as much of material capabilities as they possibly can.[5] Territories have been a tangible means of achieving this goal. However, instead of looking at the physical qualities of territories and their “strategic value”, it seems analytically justified to uncover what Donbas or Crimea mean symbolically and ideologically. Arguably, these are the spaces which signify a very particular Russian imaginary and evoke a memory of the glorious past. Crucial to the understanding is the historical concept of Novorossiya. The use of the term can be effectively dated back to the mid-eighteenth century when the Russian Empire took over the territories along the Donets River from Cossacks and the Crimean Khanate. Since then both the Tsarist Russia and the Soviet Union employed it to justify and solidify their rule over the region. Novorossiya was reinvigorated in 2014, when Russia annexed Crimea and actively supported pro-Russian separatist movement in the eastern parts of Ukraine.

Currently, being a part of Novorossiya became a part of official political agenda, conveyed by the two separatist republics. Within this broad spatial concept there are regions or cities which resonate particularly strongly with the Russian historical memory. For instance, the city of Sevastopol occupies a prominent place when it comes to immortalizing military achievements. Back in the nineteenth century, during the Crimean War (1853-1856), Sevastopol became the main point of Russian resistance against the combined invading forces of Britain, France, and other countries. Two hundred years later, amidst the Second World War, the city and the port became well-known across the Soviet Union for its steadfastness while being under the siege of German forces. After 1945, the glorification of the wartime experience was superseded by another view of Crimea – as a place of leisure and a common touristic destination for many citizens of the Soviet Union. At the same time, the Donbas region evokes the reminiscences of a major industrial powerhouse, that the Soviet Union once used to be. The word itself emerged as an abbreviation of “Donets Coal Basin”. The major economic development of the region is strongly associated with the Russian presence and provides the political reason for its separateness. It is not needless to say, this historical memory hardly includes any external perspective.

Accordingly, the Ukrainian memories are persistently undermined by claiming that they do not constitute a separate nation or ascribing discriminatory labels from the past such as “Little Russians”. For instance, in respect to Crimea, the entire historical and cultural legacy of Crimean Tatars in the peninsula is being whitewashed. At the same time, the Russian narrative strives to ignore the very rich tradition of Zaporozhian Sich which exercised profound influence over Central and Eastern Ukraine during the seventeenth and eighteenth centuries. Without a doubt, some places exercise a strategic role in the Russian imaginary (Sevastopol as the base of the Russian Black Sea fleet.) However, it also needs to be acknowledged that its significance derives from a discursive creation of a historical and sentimental value, which later on carries a profound weight during diplomatic negotiations or mobilisation of societal support. These cognitive maps of memories are difficult to dismiss because “[they portend] to future aggression against neighbours based on historical ties and perceptions of space and place that remain an essential component of the Russian cultural map.[6]

“Historical memory is a particularly powerful tool of public diplomacy”[7] since metaphors such Novorossiya do not simply serve to justify Russian expansion post-factum. They are not solely propagandist slogans striving to cover the political power play. The deeply internalized view of the past informs politicians’ and societies’ reception of contemporary events in the international sphere. That is why, it is not enough, while anticipating the Russian intentions, to rely on structural and strategic vocabulary. Historical memory, especially when it comes to the conflicts in the post-Soviet territories, should be recognized among the factors that stimulate the behaviour of states. Moving beyond purely structural understanding of interests allows us to uncover the way in which memory, (re)sentiment, or national pride act upon certain political conditions. According to Jennifer Milliken, economics, law, and history are at least as important, yet they are rarely reflected and much less studied in international relations.[8] Historians are particularly effective in identifying and classifying motivations of various actors. And history as a discipline can contribute to the understanding of international relations by pointing towards the complexity of human motivation, and by emphasising more strongly that political processes are subjugated to multiple subjectivities.

Adam Dargiewicz studies History at Utrecht University. His special interest into history of ideas, political doctrines and history of historiography is used extensively to bridge the gap between the Western and Eastern European perspectives on the history of the nineteenth and twentieth centuries.

[4] Aliaksei Kazharski, “The Realist Illusion About Russia and Ukraine: A Response to Stephen Walt What really causes the “Ukraine crises”, January 27th, 2022, https://visegradinsight.eu/the-realist-illusion-about-russia-and-ukraine-a-response-to-stephen-walt/.

[8] Milliken, “The Study of Discourse in International Relations”, 238. 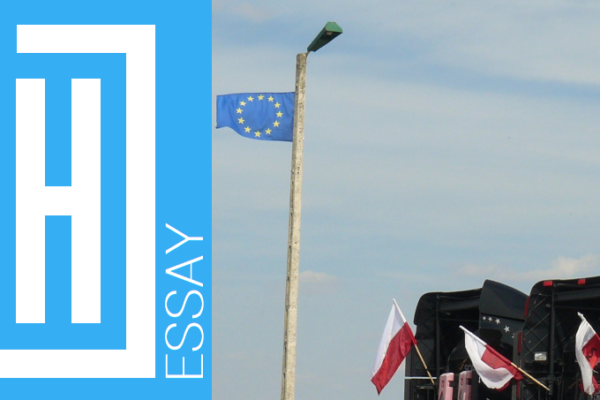