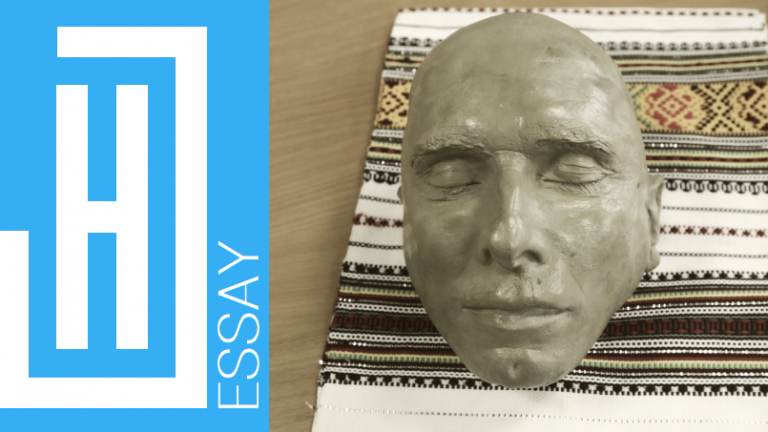 In 2002 the Polish-Russian Working Group for Difficult Issues was founded with the aim of closing the gap between Polish and Russian historiography in respect to the most controversial and debatable events. In the course of its existence, renowned academics shed some new light on the relations of the two countries in the twentieth century. However, as the political situation continued to deteriorate, especially after the Russian invasions of Georgia (2008) and Ukraine (2014), the scholarly inquiries were suspended. Despite many efforts to reinvigorate the historical dialogue between Poland and Russia, the political unwillingness on both sides prevailed.

The story of a single initiative reflects a broader phenomenon of the collapsing historical dialogue in Eastern Europe.  The role of historians has been downgraded while governments took over in shaping historical narratives. Under these circumstances, history, once again, began to serve as a pivotal part of the national interest which requires vigorous protection both at home and abroad. As Michael Bernhard and Jan Kubik rightly points out:

The creation of historical memory is rarely a simple attempt to formulate a ‘truthful’ reconstruction of the past; it is usually about creating a specific vision of it for instrumental reasons.

The main tool of achieving this vision is politics of memory: a remembering of the past with a specific ideological/political aim in mind. In this essay I will point towards the discrepancies between the academic history and the ‘politics of memory’ in three important countries of Eastern Europe: Poland, Ukraine and Russia and draw attention to the profound consequences these divisions create.

Undoubtedly, one of the most painful aspects of the Second World War, with which Poland struggles in recent times, are the Polish-Jewish relations under the German occupation. The Holocaust, defined as orchestrated and industrialized genocide of the Jewish and other populations, was conducted by Germans mostly in the Nazi occupied territories of Poland. Yet the attitude of the Polish towards exclusion and extermination of Jews is still a matter of ongoing historical debate. Here we encounter two sharply contrasting narratives that shape the discourse within modern Polish society.

Some historians and public officials maintain that Poland became a victim of institutionalized disinformation campaign:

They already have a well-established picture of our history: to the east of Germany there are some barbaric fields and primitive peoples who deal mainly with hunting for ‘neighbors’, killing Jews during the Holocaust or other unpleasant things.

Accordingly, Poles should respond with a counternarrative of their own, which would reflect national pride, heroism and foster ‘historical truth’ understood and defined as a collective value. The narrative provided by public institutions takes inspiration from the practices of ‘politics of memory’ by focusing primarily on the victimhood of the Polish nation. It can be described, in Marek Zaleski’s words, as ‘polonization of memory’, a one-sided vision of the past.

No Room for Nuance

Due to the sacrifices made by both Polish servicemen and civilians it is deemed inappropriate to rise any wrongdoings that happened during the war. Thus there is no room for a nuance and differentiation within this agenda which is explicitly vivid in the statement made by the Polish Prime Minister, Mateusz Morawiecki, in 2018:

There are about 20,000 Righteous Among the National World [people who saved Jews during WWII]. Among them nearly 7,000 are Poles, but this does not reflect the truth nor does it reflect reality. Because in occupied Poland there was an immediate death penalty for the help of our Jewish brothers.

However, professional historians do not wish to turn a blind eye to the cases in which Polish population was also involved in pogroms and persecutions instigated and encouraged by Germans. Instead of simplistic vision one should scrutinize a variety of stances and motivations for help or denunciations. As scholars point out there were regional, spatial (urban/rural) and contextual differences which influenced Poles in their approach towards the Jewish population.[1] The superficial and  exaggerated statements are being confronted by academic publications. One of the most recent publications of Institute for National Remembrance accurately explores the 333 cases and 654 Poles who were persecuted by the German for helping the Jews. The extent of narrative discrepancy between ‘millions engaged in the process of saving’ and 654 people is quite telling.

Embracing a rigid historical stance also brought unanticipated international consequences. Starting with the introduction of the Polish Holocaust Bill which stirred great controversies in Europe, Israel and the United States in 2018. Similarly, this year, the 75th anniversary of the liberation of Auschwitz is going to be celebrated separately in Poland and Israel, which clearly reveals the divisions caused by the ‘politics of memory.’

This assumption, coined by Michail Pokrovsky, a Soviet historian,  has been accompanying Russian social memory and public discourse for years.[2] Even though the years between 1990s and early 2000s appeared initially as a breakthrough in the Russian dealings with the past, the openness and gestures were only superficial. The more Russia drifted away from the democratizing course under Vladimir Putin, the more history and politics merged into one form.

As Russia lived through economic and political collapse, the country looked back towards the Soviet and Tsarist legacies for inspiration and guidance. For both old and young generations, historical memory became an integral part of Russian identity. Vladimir Putin and the ruling Russian class quickly realized that politization of history and national mythologies are useful tools to rally people around the authoritarian government.

Especially the case of the Second World War proves to be a founding act of Russian contemporary sense of attachment. One main point of the historical discourse is that Russia relentlessly continues to oppose fascism. The Soviet Union stood up against the German invasion 1941-1945 and, accordingly, modern Russia, since 2014, has been defending the oppressed groups in Eastern Ukraine from the ‘fascist government in Kiev.’ This rhetorical concept is reflected in many speeches made by Putin:

We must be worthy of the deeds of our fathers, grandparents and great grandparents. They fought to the death with the enemy, defended their homeland, suppressed Nazism. It was our country that led the Nazi’s to its hiding place, achieved total and final defeat, defeated at the expense of millions of victims and terrible trials.

The assumption of righteousness and ‘just cause’ can be easily applied to every other historical case and serve for justification of contemporary political and military involvement of the Russian Federation in different parts of the world.

Contemporary Russia tends to disregard the fact that by exercising the agreement with Germans,  the Soviet Union invaded or incorporated substantial parts of Poland, Baltic States, Romania and Finland. One may rightly realize that acknowledging the cooperation with the German at the early stages of the Second World War may effectively undermine the forwarded ‘politics of memory’. How do Russian officials and historians distort these historical facts? Vladimir Putin embraced a more justifying tone in respect to the Pact, which in his opinion: “made sense for ensuring the security of the Soviet Union.”

The head director of the Russian Military-Historical Association (RWIO) Michail Mjagkow stated that it is high time Russians stopped blaming themselves for the outcome of the agreement from 27 August 1939. At the same time, the historical textbooks for primary and secondary education reframe the invasions and annexations are depicted as a liberation act, historical necessity or the result of democratic mandate.

These combined efforts contribute to both international and domestic perceptions of history. Firstly, the world needs Russia in countering the alleged fascism. Secondly, Russians should be anything but proud of their historical performance during the Second World War as for them the conflict begun on June 22nd, 1941.

On the 1st of January 2020, like every other year, several thousands of people filled the streets of a couple of Ukrainian cities to commemorate the birth of Stepan Bandera (1909-1959). The manifestations were organized by the far-right political party “Swoboda”, which openly identifies with his political legacy.

Bandera became engaged in the nationalist movement during the Interbellum and emerged as a  leader of  far right nationalist organizations OUN and UPA during the Second World War. In the eyes of many Ukrainians, he was one of the first to articulate and materialize the dream of uniform, sovereign Ukrainian state. These feelings significantly solidified after the Russian aggression in 2014 when the country desperately needed a mythological ideal around which it could rally. Thus the development of the new Ukrainian identity, untainted by Russian influences, paved the way for the rise of Stepan Bandera as a national hero.

However, the story of his struggle also reveals disturbing outcomes of his military and political actions. For Russians, Poles and Jews, the name of Stepan Bandera is usually associated with atrocities, ethnic cleansing and collaboration with Nazi Germany between 1940-1941. Moreover, many historians argue that he should be considered a father of Ukrainian branch of fascism since he envisioned an ethnically coherent nation.[3]

In recent years, with greater or lesser intensity, Bandera has been at the forefront of the Ukrainian ‘politics of memory’ led by the Ukrainian government and other political organizations. Starting with numerous right-wing organizations perceiving Bandera as their patron, through declaring him officially the Hero of Ukraine in 2010, and finally his image was increasingly popularized during the Maidan revolution and the Ukrainian-Russian conflict in 2014.

Moreover, historians and public institutions were engaged extensively in promoting the positive vision of Bandera’s legacy. In the words of  Volodymyr Viatrovych, who until recently was the head director of the National Institute of Remembrance:

[…] Let us not touch on the historical reasons for cooperation between the OUN and Bandera with Nazi Germany – much literature has already been written about it. These questions are at least disputable.

Volodymyr Viatrovych (former director of the National Institute of Remembrance)

Although Viatrovych was sacked in the late 2019, the new Ukrainian president, Volodymyr Zelenski, presented a rather unclear stance on how Ukrainians should deal with Bandera’s legacy. To which end, within the urban and rural landscapes of Ukraine, streets were named after him and a significant number of monuments were erected in his honor.

Under the circumstances of persisting domestic and external conflicts, Ukrainians seem reluctant to reevaluate the mythology of Stepan Bandera. The integrity of national identity is perceived to be far more important than the historical accuracy.

These three case studies from Poland, Russia and Ukraine reveal the extent to which the historical memory is entangled with both domestic and international affairs. The protection of memory, that the governments allegedly conduct, is primarily oriented to maintain high electoral support and gain legitimacy. Undoubtedly, this is a useful strategy – people feel strongly related to the past as its provides the meaning for societal existence and sense of direction. However, the public discourse is being filled with over-simplifications and inaccuracies.

The nationalization of historical memory creates significant complications for history as an academic subject. This process is not limited to Eastern Europe, as nearly every country wrestles with at least several aspects of its own past. One thing is absolutely certain. Since this year is marked by the 75th anniversary of the end of the Second World War in Europe, we will once again witness heated debates concerning the responsibility and blame for numerous events, especially between these three countries. Hopefully, certain preconditions for a historical dialogue will also emerge.

Adam Dargiewicz studies History at Utrecht University. His special interest into history of ideas, political doctrines and history of historiography is used extensively to bridge the gap between the Western and Eastern European perspectives on the history of the nineteenth and twentieth centuries. He is currently writing his Bachelor’s  thesis on the “Integral Nationalism” in the nineteenth century Eastern Europe. 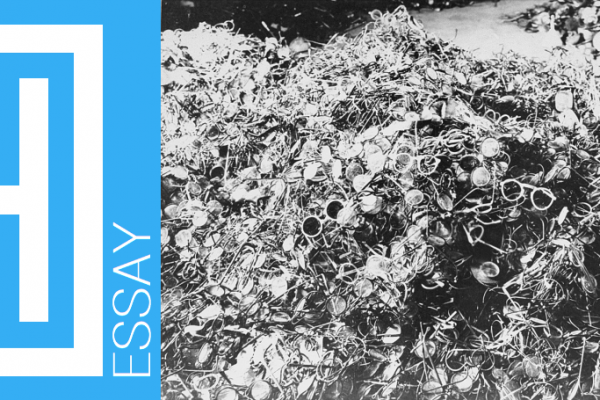